Managing people is one of the highest stressors to a leader. Why?

Because leaders are accountable to producing results, and more often than not, they have to accomplish goals in spite of human behaviors.

A leader has to lead, no matter the collection of individuals that are on his/her teams. And therein lies the problem.

People lie, withhold information and manipulate the truth. They also seem to have selective amnesia when it comes to honoring their word. They break their promises as soon as something better comes along.

People also cheat and steal. They gossip, and they undermine anyone that performs and doesn’t join their club. Much like the bullies on the playground, people form teams, tribes and they have the power of negativity as their weapon.

A toxic and dysfunctional culture will trump a great leader, anytime.

What’s a leader to do?

Circumstances are a viewpoint that filters reality. What one individual interprets as “the truth” is not how another will read the situation —  or react to it.

No matter someone’s chronological age, maturity is not at all a “given.” No matter what a person’s title or authority is, their interpretation of “the facts” never justifies a lack of emotional maturity when it comes to evaluating potential avenues and/or approaches to communicating and working through issues.

Lets take a closer look at this behavioral phenomenon. In looking at the developmental stages of a human being, what is the chronological age where the operating guidelines justify lying? “Well, as long as nobody gets hurt, it’s ok to tell a little white lie.”  (i.e., as long as I can get away with it and nobody finds out …)  Isn’t that a trick a 5 or 6 year old would pull?

When did a co-worker or colleague last say, “Sure, no problem.” But, under their breath, whispered, “When pigs fly?”

And what about taking what you want, even if it doesn’t belong to you? Don’t 2 year olds do that? And who avoids getting in trouble by casting blame on someone else?

How about gossiping? Innocent sharing of information — and their opinion about that?

“Hey Joe … did you hear what happened to Sam?”  Or, “Sally, did you know that Fred didn’t get that promotion? “

Tolerate even one person engaging in the juvenile innocence of “as long as nobody finds out, it won’t hurt anybody …” and what you’ve got is a dysfunctional culture and an ineffective leader. 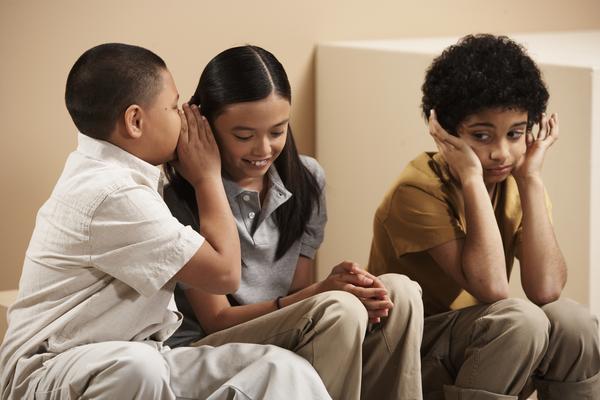 Where does yours fit?

Logan defines Stage 1 as gang mentality – survival of the fittest.  Stage 1 Tribes consist of individuals that are alienated, undermining, and act out in hostile ways. Like animals that hunt in packs and eat their prey, they view life as unfair, so any action or inaction is permissible. “Life sucks, and it’s survival of the fittest, so winner take all.”

Stage 2 individuals personalize that viewpoint, and believe that “MY Life Sucks.” They keep separate from others, and are ineffective, passively antagonistic, resigned, cynical and complacent. (Sound like the customer service counter at the post office? Or the bored clerk at the Department of Motor Vehicles that hands out the numbers for your place in line?) Who is the biggest target of a Stage 2 collection of individuals to take down? “The Management.”  We may not trust each other but we can all agree on one thing…. it’s us against them, so let’s band together. Might is right.”

Stage 3 individual is much more refined. It’s not about killing everybody off, or avoiding being dominated by “the boss.” It’s about being smarter, faster, quicker, more talented, more appreciated or acknowledged, more awarded or decorated.  “May the best person win.”

Stage 3 is all about personal accomplishment, (i.e., domination.) While “I’m Great” is the rallying cry, knowledge is power, and they rely on gossip and spies for information. Because they are driven to exceed, a Stage 3 Leader hungers for tips/tools/techniques. They focus on and talk about themselves, and what they’re up to or accomplished. Other people are simply a “means to their end,” like a commodity that can be discarded.

What is the complaint of a Stage 3 Leader? There’s simply not enough tie and not enough support. They are surrounded by incompetent or less dedicated people – all of whom seem to disagree with them! Imagine that!

Stage 3 is not so much a Tribe, as a culture of overachieving individuals who team members are there to serve their own leadership and make them look great. If you are smart enough and cunning enough, you get to be on THEIR team. But make no mistake about it, it’s all about them – their identity, ego, accomplishments, kudos, recognition and portfolio of success.

Stage 4 Tribe transforms “me” into “we”. Stage 4 is clearly in celebration of their collective greatness, just like a championship team. “Aren’t WE Great!”

Stable partnerships are the norm in a Stage 4 organization – whether it’s the offensive, defensive or special forces team. The holy grail for their decision-making is tribal values-based, and they work at seeking out opportunities to inspire collaborative behavior that overcomes personal differences.

Unlike organizational cultures that group talent and skill sets into operating units and teams,  a Stage 4 Tribe is organized into clusters of highly networked people who share common core values.  Therefore, the mood and culture is focused on commonality, rather than competition.

Their challenge? Finding enough collaborative individuals to bring into existing groups. More than 50% of organizational cultures are solidly entrenched in Stage 3 mentality and behaviors, which only 22% of cultures can reliably sustain a stable Stage 4 culture of collaborative partnership.

And, in the thin air at the top of the performance peak is Stage 5, less than 2% of Tribal Cultures. Their mood? Not “I’m Great,” nor “We’re Great.” But “Life Is Great.”

Stage 5 organization consists of Stage 4 Teams that actually build relationship-bridges across their operating units. The organizational culture is clearly and definitively out to change the world. There are teams of teams that are focused on making history, and the organization’s Mission, Vision and Values informs the tribe of who they are — not what they do.

As a matter of fact, in a Stage 5 Tribe, the talk around the water cooler is “there’s so much good to do, what should we do next?”

Stage 1 future is HOPELESS. Their actions are given by despair and hostility.

Stage 2 future is futile, with members apathetic victims of “y’all”.

Stage 3 is egocentric. “My future is better than your future.” They are the lone warriors that save the day.

Stage 4 is clearly driven by collaborative leadership that invents futures based on tribal values. “We’re Great” is their team fight song.

Stage 5 is constantly reinventing their future – over and over and over again. Their growth is organic, and they operate in a constant state of innocence and wonderment. What they say and create quickly converts into results and reality, and their level of performance is predictable and sustainable.

Many thanks to Dave Logan & CultureSync for their generous organizational leadership.
To learn more visit CultureSync.net

Look around you. What do you see in your organization? What’s the talk around the water cooler? Who has the low-down and is the go-to-person when you need to do what’s going on? Who does everybody suck up to, but despise and gossip about?

Who passes around the email jokes wishing Friday was Monday?

What do you see about your own leadership? Are you driven to compete and to succeed at all costs? Or, driven to collaborate, celebrate and create all over again?

Studies show that senior executives appear to struggle with a collaborative leadership style, when what is demanded by today’s millennials is a high-performance culture driven by core values and the opportunity to make a difference.

Motivating and empowering a stage 4 or 5 organization may be one of the most critical differences between companies that win and those that stagnate. Without a high performing culture of collaborative leadership teams, the only game in town is to manage the risk of failure by maintaining the status quo and boxing in a culture that is “stuck.”

Request a free consultation to discuss your professional goals, challenges and opportunities.

Learn about her signature program, “Leading People”, a master course for people professionals.

Get information on upcoming executive development workshops, seminars and discussion groups with Judy.

Learn about opportunities to bring Judy to your work, community or civic organization.

Judy Lane is a dynamic, bold, and visionary leader who is best known by her colleagues, clients and peers as a passionate force to be reckoned with. For more than 30 years, she has been elevating individual performers into high performance teams, while transforming organizational effectiveness through the “power of “we.”